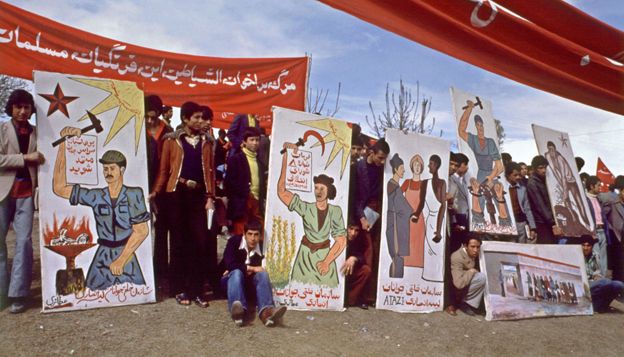 Afghan 1F status and access to the EU Court of Justice

Several hundred persons with Afghan nationality are classified as so-called 1F’ers in the Netherlands, which means they are suspected of committing war crimes. For Afghans, this means they are suspected of war crimes committed in the 1980’s and 1990’s during their alleged employment for the Afghan secret service. These crimes fall under Article 1F of the UN Convention Relating to the Status of Refugees of 1951 (hereinafter: the Refugee Convention). Due to this suspicion, these persons are not granted the protection of refugee status, according to the Refugee Convention. The Netherlands has rejected their requests for asylum across the board. Many of these persons are unable return to their country of origin, and as a result, find themselves in legal limbo.

The attribution of 1F status to Afghan refugees is based on an official notice from the Dutch state. In this notice, the Government claimed that Afghan secret service employees have committed war crimes during the 1980’s and 1990’s, regardless of function or duties, and are therefore assigned the 1F status. In fact, every asylum application should be assessed individually. This also means that suspicion of war crimes should be individually investigated and substantiated suspicion should lead to criminal prosecution. Moreover, the Netherlands categorically assigns the 1F status whilst this has only led to two cases of prosecution (of which only one was convicted of war crimes).

Because individual involvement in war crimes is not investigated, a large group of Afghans find themselves in a legal void, excluded from basic social services. Furthermore, family members with residence permits (or family members who already became Dutch citizens) are ineligible for housing allowance, care allowance, and child benefits because their partner or guardian is undocumented. For many, returning to Afghanistan is not a safe option and would amount to a violation of article 3 of the ECHR. In short, they have no place to go. For several persons, this has been the case for over 15 years.

What does the PILP-NJCM do?

In 2014, PILP-NJCM organised a brainstorm session with lawyers who are familiar with Afghan 1F cases and the posed problems and members of NJCM and Stichting 1F. During that meeting, a plan to start litigating was developed. The idea to start litigating and to eventually end up at the EU Court of Justice was suggested by lawyer Eertink. Typically, putting matters before the EU Court of Justice can be achieved by asking preliminary questions to this Court. However, in practice, the Dutch Council of State has always refused to take this route.

Law firm De Brauw Blackstone Westbroek wrote an extensive litigation advice on this issue. The intention is to sue the Dutch state for the Council of State’s refusal to start preliminary proceedings at the Court.

The PILP approached lawyers specialised in migration law, community organisations and professionals to find clients for this case. With help from Marieke van Eik, lawyer at human rights firm Prakken D’Oliveira we found a client. Lawyers of De Brauw wrote the summons, also aided by Marieke van Eik and the PILP-NJCM staff. NJCM is co-claimant in this case. The pleadings (in Dutch) can be read here.

This is a unique collaboration of lawyers and NGOs for a complex, but exciting case.

On April 15, 2019, we lodged an appeal against the Dutch State in the Afghan 1F case to the Supreme Court. Unfortunately, the Supreme Court has not responded to the question of whether refusing to ask a preliminary question to the Court of Justice is justified. It is unfortunate that after rulings by the court, the court of appeal and the Supreme Court there is still no clear answer to this question.

On January 15, 2019 the Dutch Court of Appeal affirmed the verdict of the court of first instance. This means that unfortunately we lost the appeal in the Afghan 1F case.

The hearing is set for November 12, 2018 at 9.30 am at the Court House in The Hague. The PILP will attend the hearing, along with the lawyers of Prakken d’Oliveira and De Brauw.

In January, 2018 we appealed the decision. You can read the summons [in Dutch].

On 24 August 2017 at 09:30 the hearing took place at the court of first instance in The Hague. Read the Dutch pleading notes.

On 16 February 2017 a blogpost by Jelle Klaas was published on this case on the website of the European Database of Asylum Law.

At the end of September 2016, an Afghan 1F’er and the PILP-NJCM summoned the Dutch State for a violation of EU law by the Council fo State. Read more about the case in our news message.

On 11 March 2015 the Volkskrant published an opinion piece on the 1F-procedure written by NJCM-member Lucille van Wijnbergen.

The right to housing